First, we read the blurb and looked at the front cover and made our prediction about what the book is about. As an art/English we found different front covers for war horse and painted them in different art styles.

The book is written in the point of view of a horse called Joey. He has an owner called Albert but Alberts dad took him to be sold because they needed some money and he was bought by Captain Nicholls (a war officer) and became a war horse. We read chapters 1,2,3 and then read chapters 4 and 5 and made a summary paragraph about them. 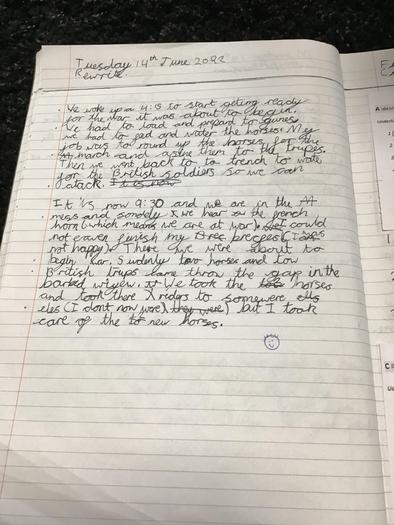 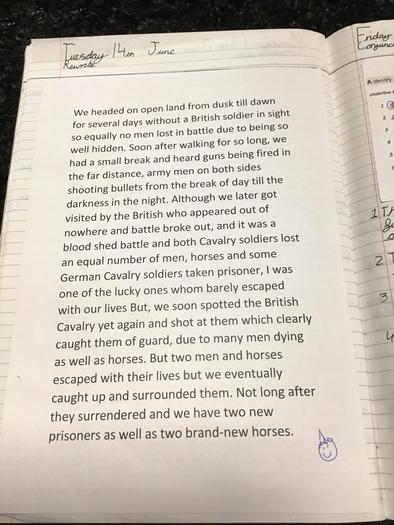 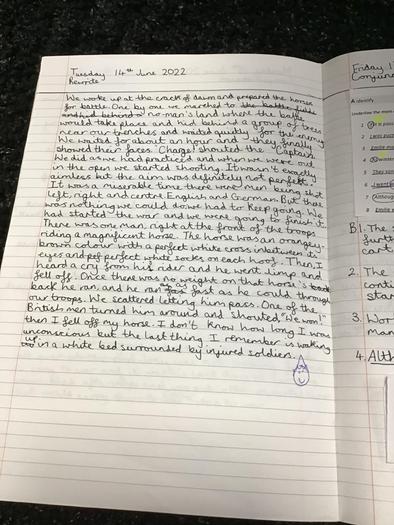 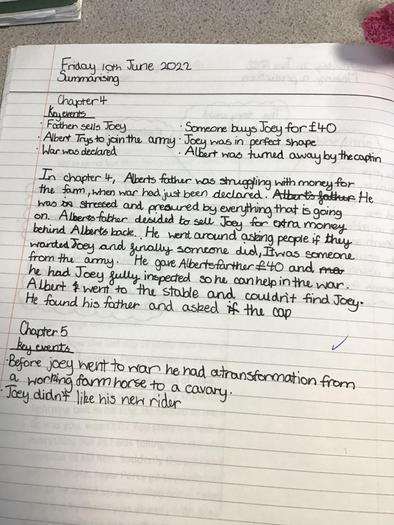 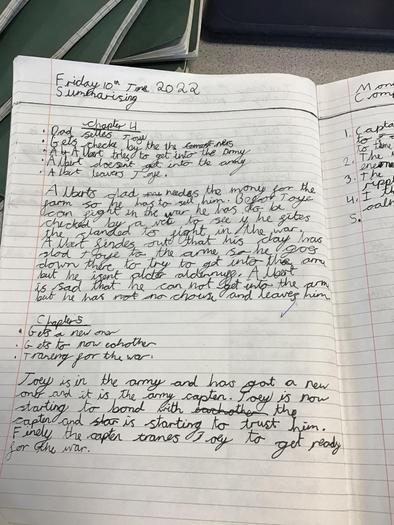 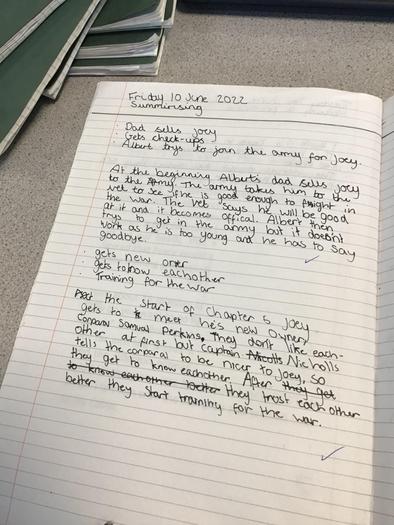 We continued and saw Joey change from farm horse to war horse and all the different duties he held from supporting the German medics to pulling the German guns. We saw his friendship with Topthorn grow and how he was affected by his death. We did a rewrite in a Germans point of view in the first war.

We followed the story up to Joey getting caught in No-Mans land and how both sides had a truce to free him. We became the soldiers and used informal speech to try and entice Joey to our side. The we wrote in an informal register to try and explain how we saved Joey and in comparison a formal letter to our captain to report the incident. 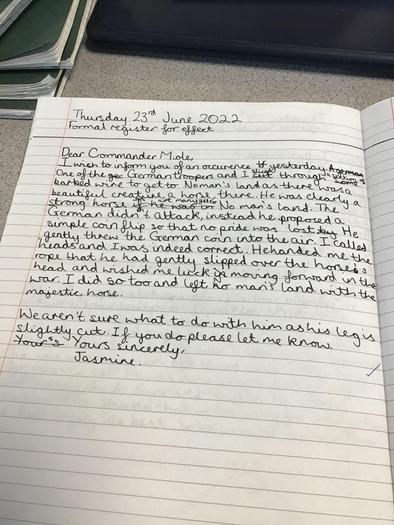 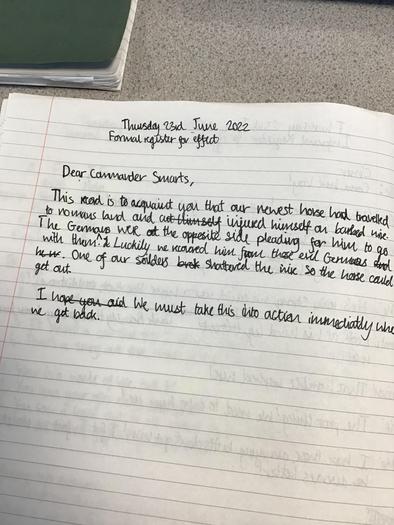 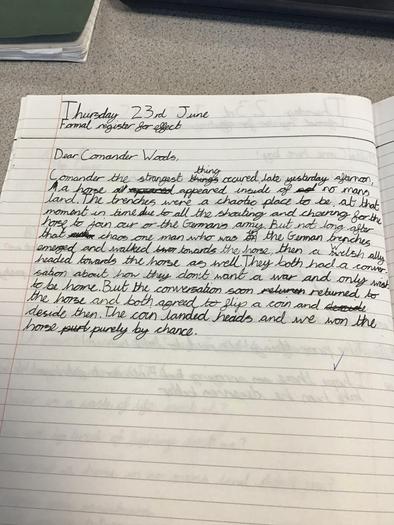 After Joey was rescued from No Mans land he was taken back to the Allies vet to be looked after, this was where he was reunited with Albert, who was overjoyed. At the end of the chapter 19 we learn that the horses are to be auctioned and left in France. We looked back at all the characters who had owned Joey and might have some claim over him and worked in teams to debate reasons why they should become his owner.