Explain how adaptations help animals and plants to survive.

In science lesson 1, we talked about how adaptations help plants and animals survive and about plants and animals that live in the desert specifically for example cacti used to have leaves but they evolved to have spines which prevents animals from eating them but their spines also help them preserve water. An animal we discussed was an arctic fox that has fur to help insulate them. After that, we designed our own desert creature with adaptations to help them survive like some had large legs to dig for insects to eat or pockets to store water. We then made and programmed our own lego WeDo to live in the arctic or the rainforest. 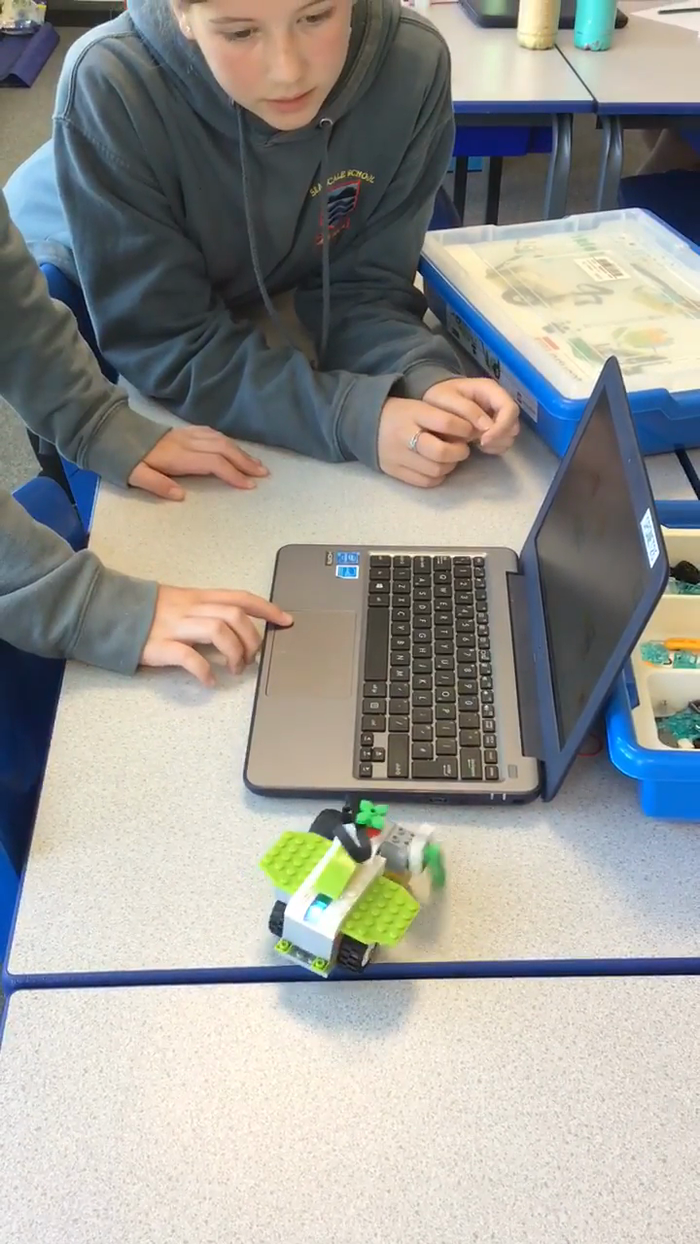 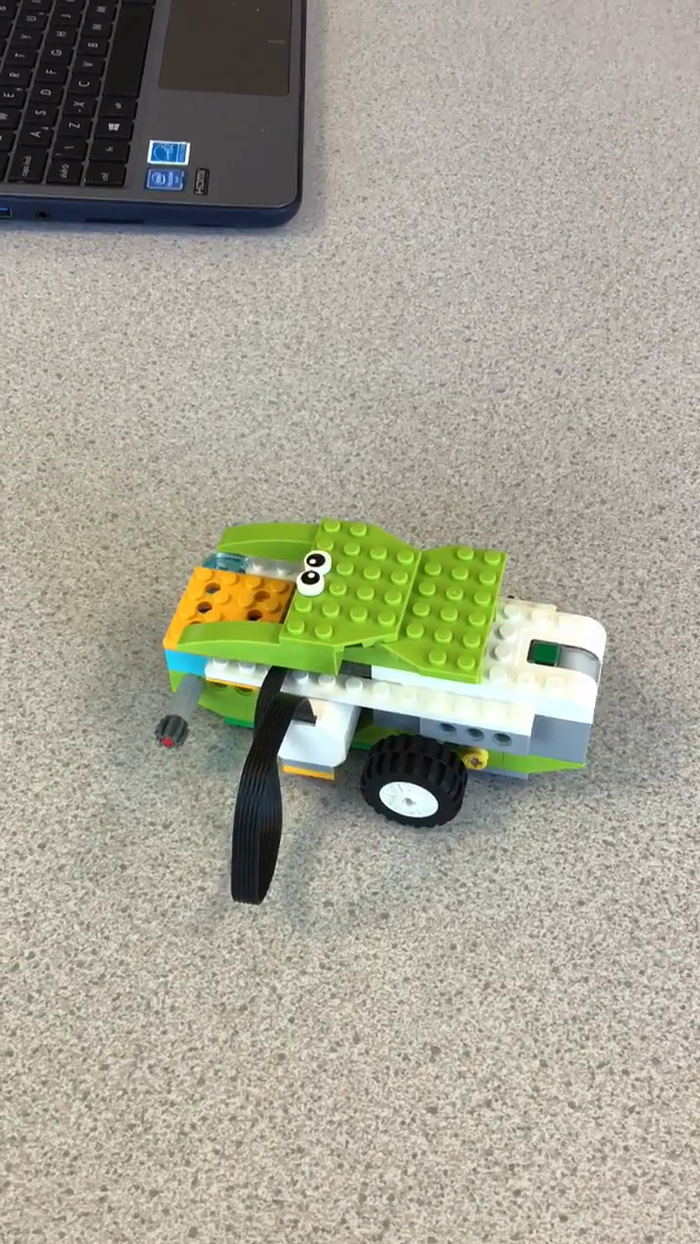 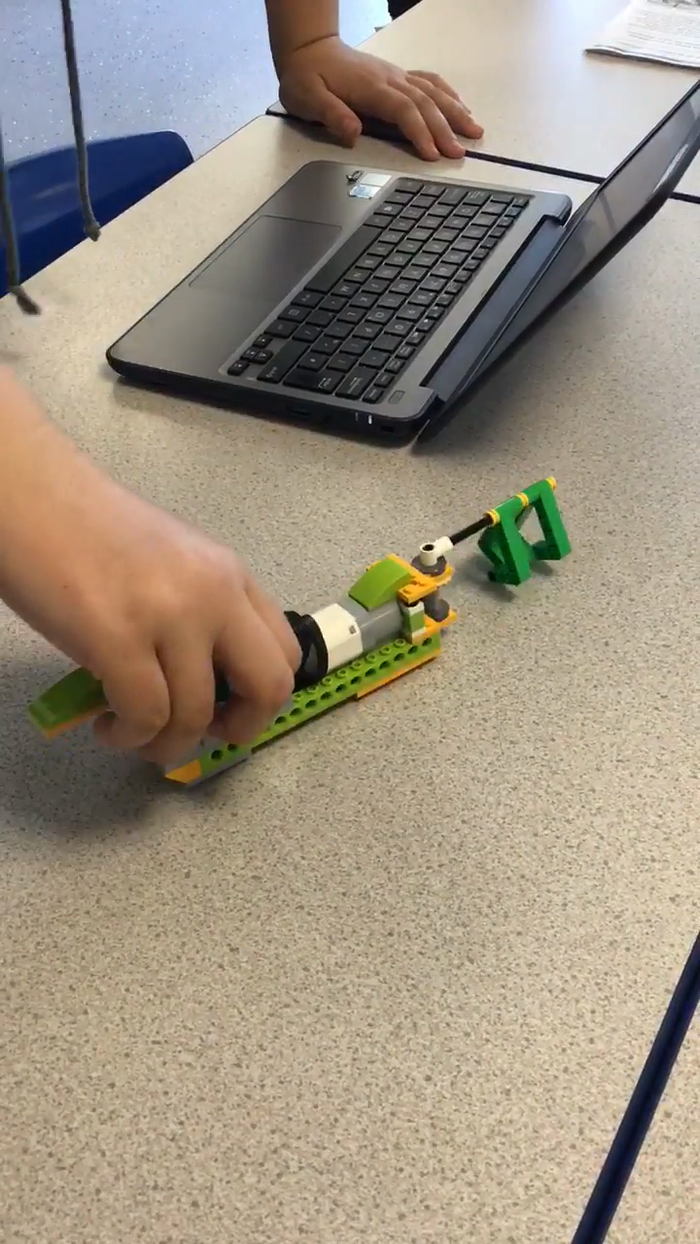 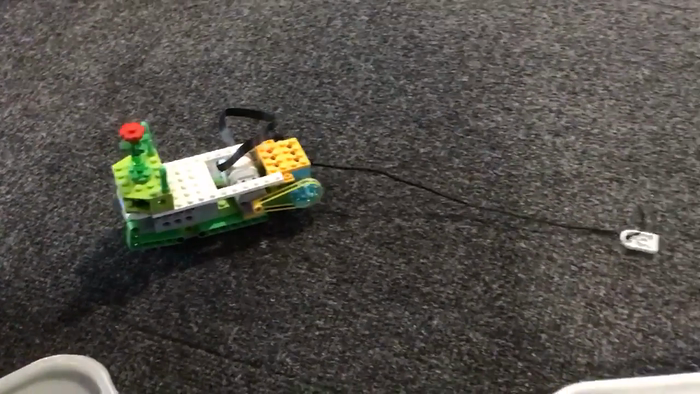 Describe the process of natural selection.

In this lesson we learned about Charles Darwin and his discoveries when he went to the Galapagos islands and his theories about evolution. We then made a fact file about Charles Darwin and did an experiment in which we threw painted cocktail sticks and natural coloured cocktail sticks into the long grass next to our classroom and observed how many of each colour we could pick up in 20 seconds. We all agreed that it was easier to see the bright coloured painted cocktail sticks rather than the green or natural coloured ones as they blended in to the grass. 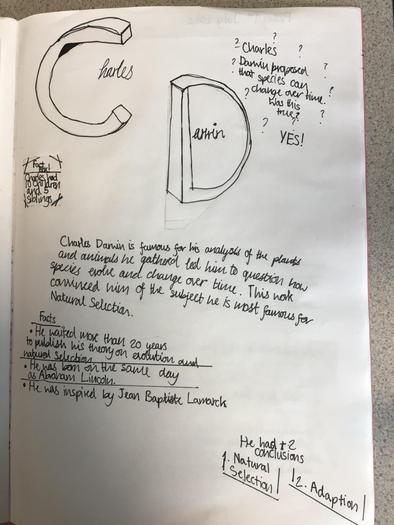 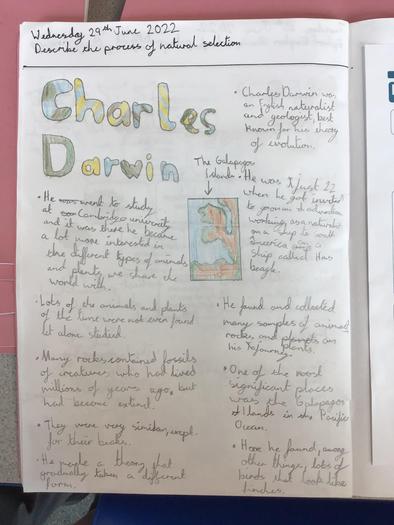 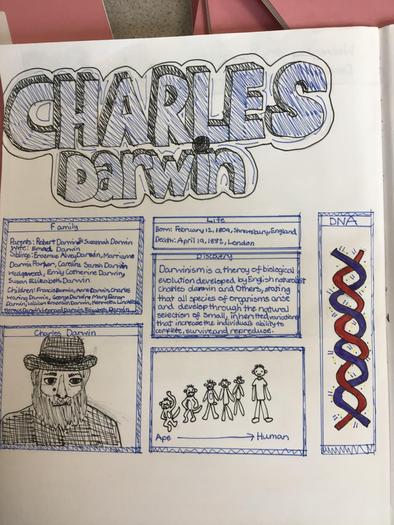 Explain why animals can look different to their parents.

In science, we have been learning about explaining why animals look different from their parents. When we start we worked through a presentation about it. Then, started a experiment that extracts DNA from a banana. First, we squashed a banana so it had no lumps. Then, mixed salt into water then added some soap and poured it into the bag with the banana and poured it into a funnel and left it overnight. When it has filtered you pour in the same amount of alcohol as the liquid and you can see little hair like strands that are the DNA. We also made origami DNA which was a challenge.

Describe the process of genetic modification

We have also been learning about describing the process of genetic modification (GM). First, we work through the presentation on developing experts. Then we read a sheet of different people saying why they think genetically modification is good and bad. Then we had to distill the information to fill in a table about what we thought were the pros and cons of GM. 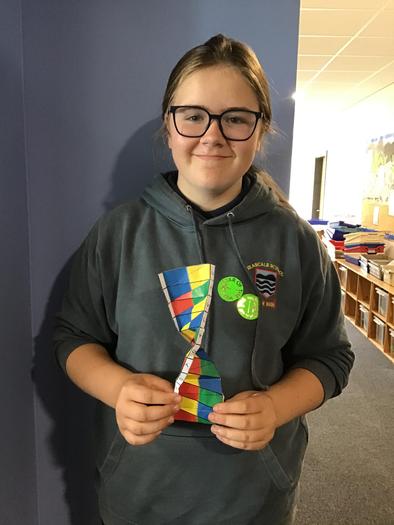 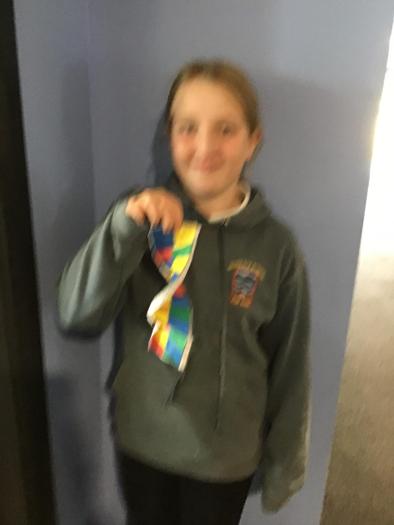 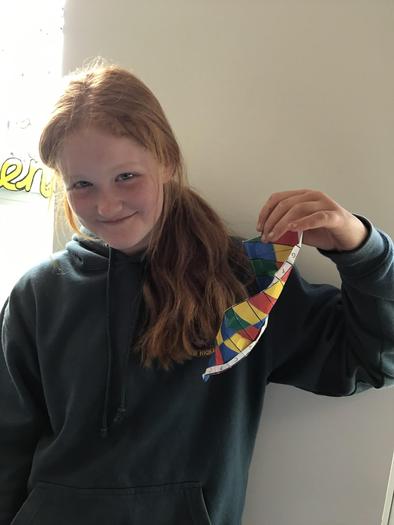 Explain what fossils can tell us

In lesson 6 we were learning about Mary Anning, the things she did and found as a palaeontologist. She was from Lyme Regis and she looked on a place called Jurassic coast where apparently it is one of the most common places to find fossils in the UK. 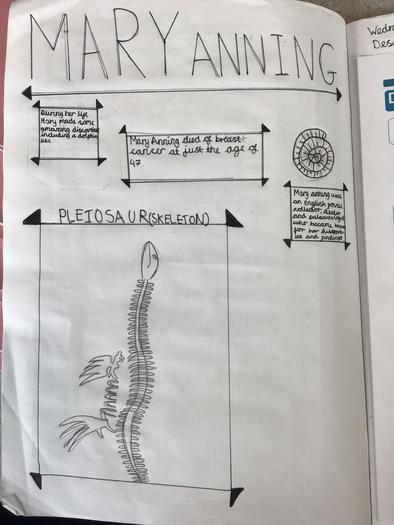 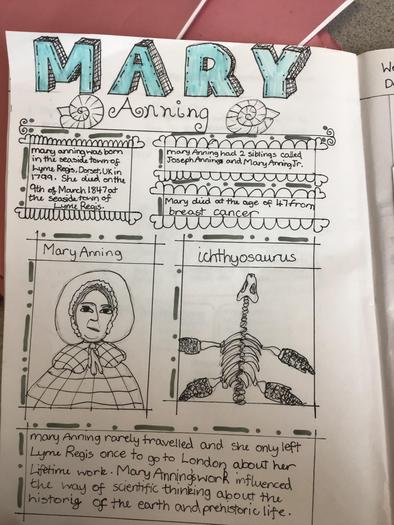 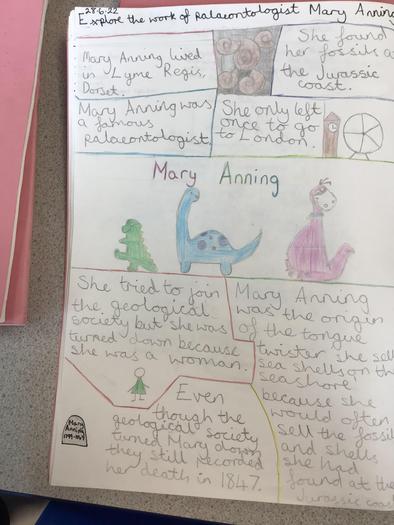