To begin our work on The Highwayman we first listened to the narrative poem. After listening to the poem we discussed with our partners the story being told and put the poem in to order. 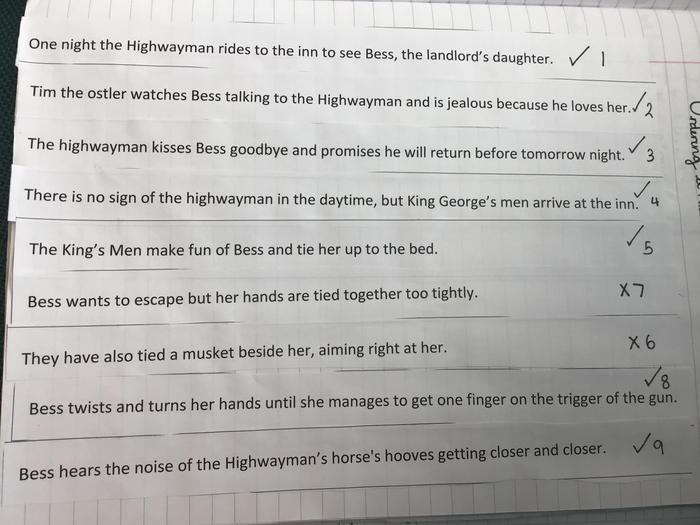 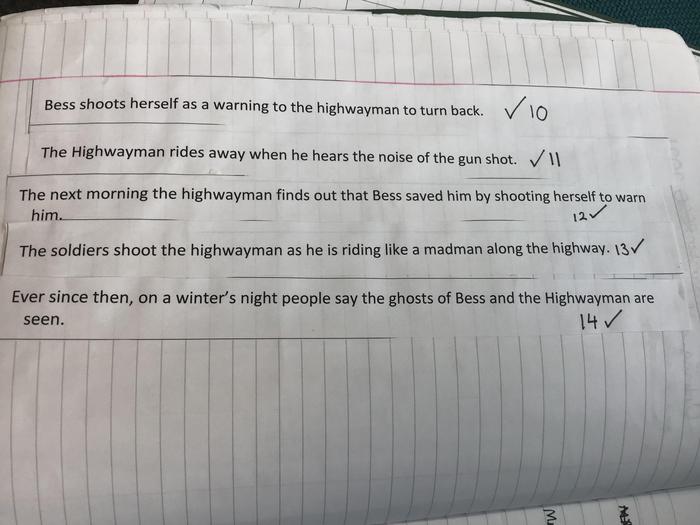 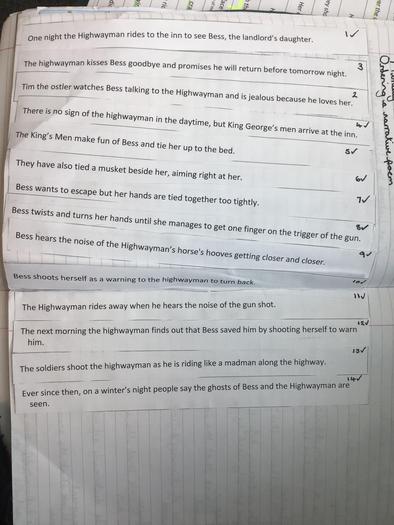 We realised pretty quickly that there was a lot of language we weren't used to and so one of our priorities was to focus a lesson around investigating the vocabulary. We picked some words from the poem that were unfamiliar to us and from the context wrote down what we thought it meant. We used this opportunity to develop our dictionary skills and found the definition. It was interesting to compare if our possible definitions matched the actual definition. It gave us a much better understanding of the story. 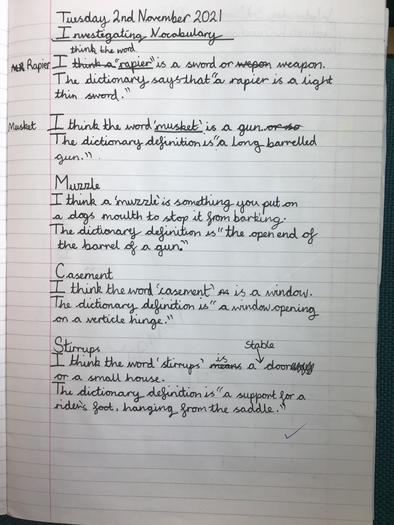 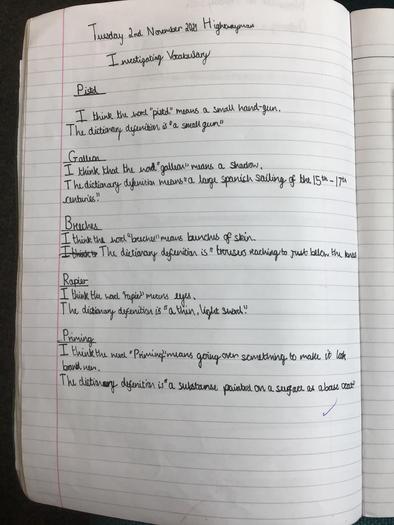 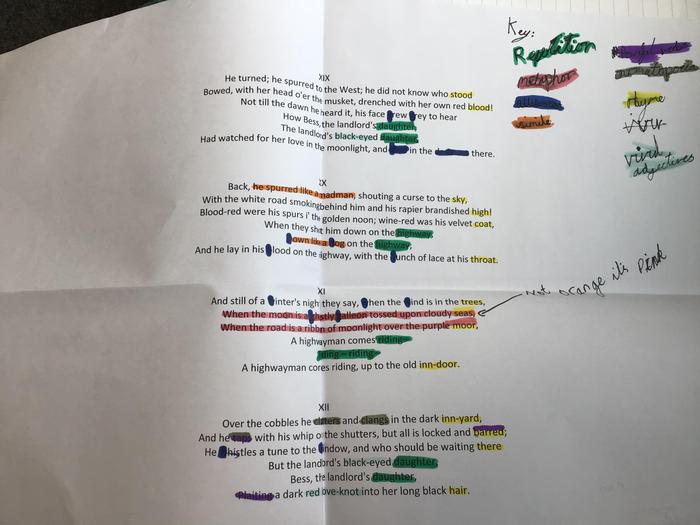 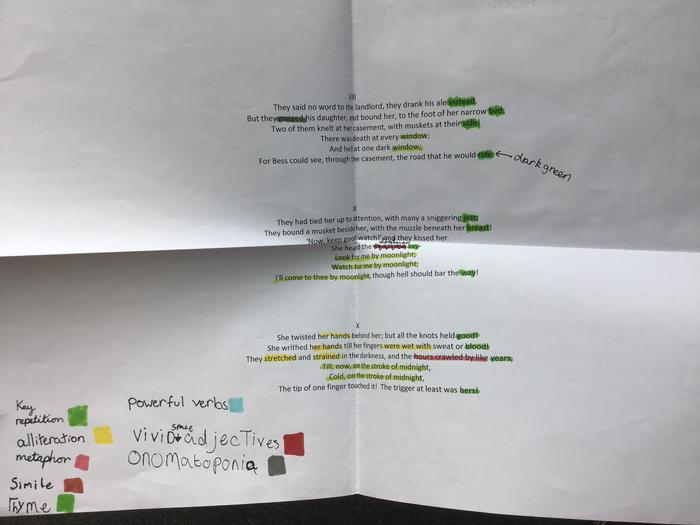 In groups we then took different sections of the poem and investigated further the types of language used by the author. We identified key features such as; key repetition, alliteration, metaphors, similies, rhyme, powerful verbs, vivid adjectives and onomatopoeia.

Performing the poem is something we focused on next. We split in to groups and continued with the same sections we had previously work on identifying language, as this would help with our delivery of the poetry. We spent a few days rehearsing our sections of the poems in our groups, bringing it together as a whole and ultimately performing it for the Year 5 class.

We had a go at writing an alternative ending for the highwayman. 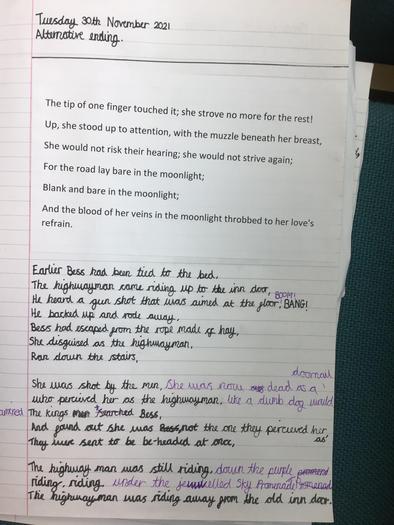 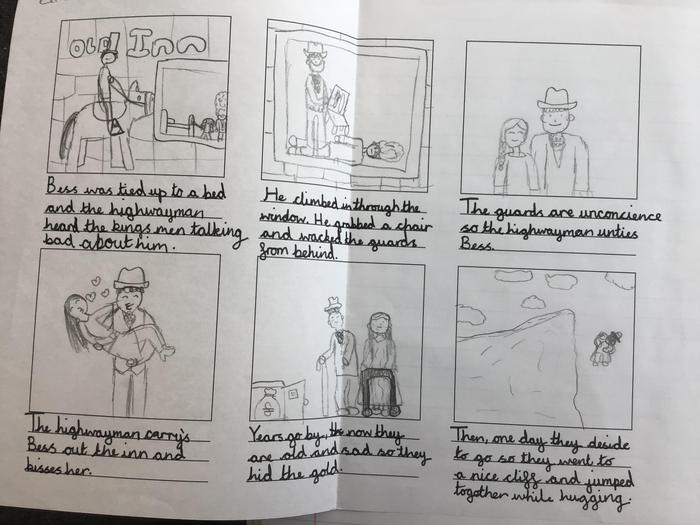 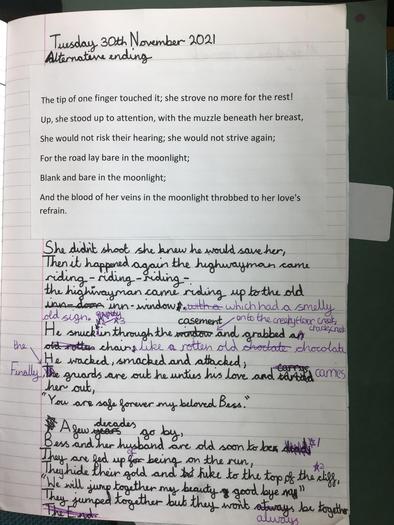 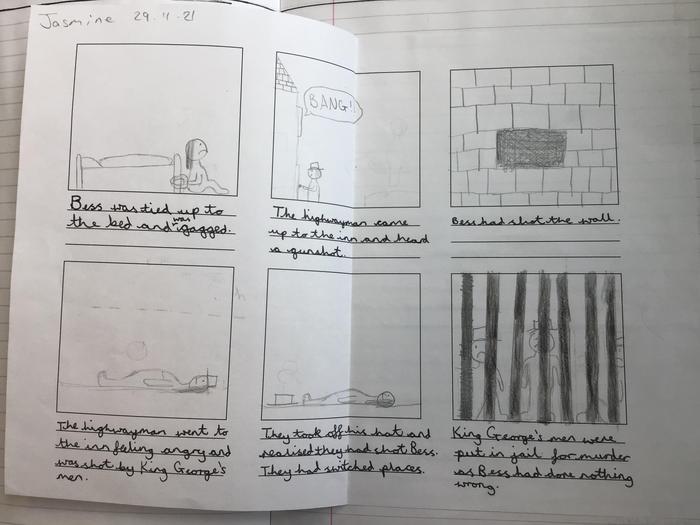 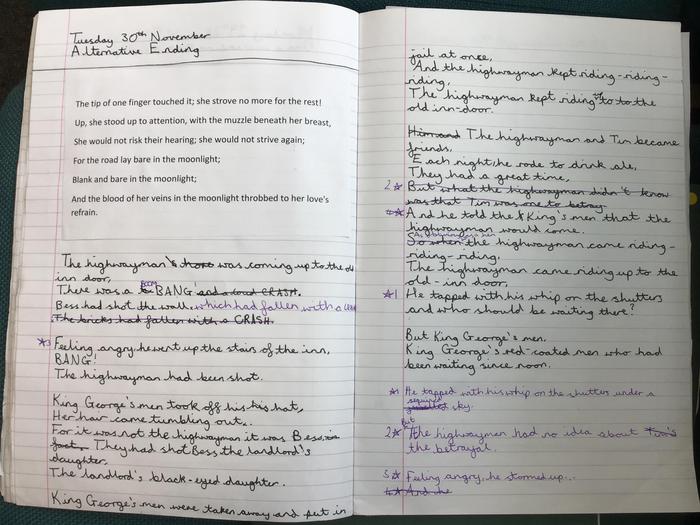 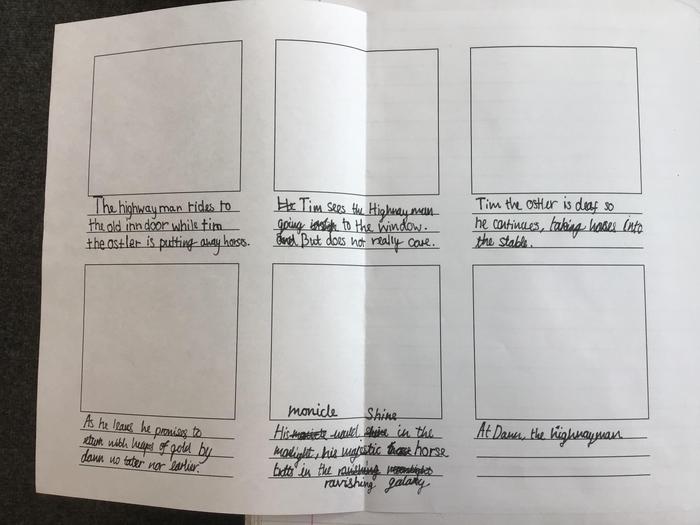